Where Is The Best Coral In Fiji? 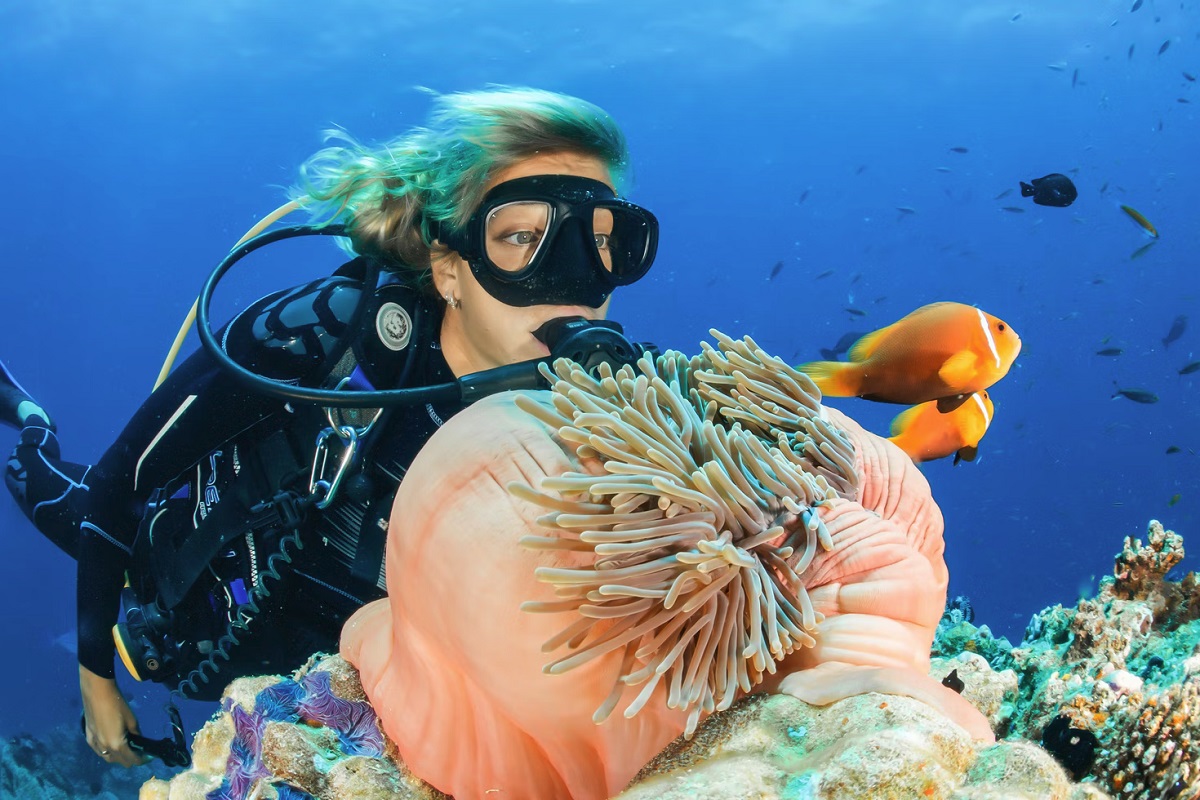 Find The Best Coral In Fiji

Fiji is famous for its gorgeous palm-fringed island. However, it's also home to some of the world's most breath-taking sea bed sceneries. Whether a novice or experienced, you'll enjoy fantastic snorkelling spots in Fiji, where you can see some of the most beautiful corals. The warm, clear waters provide year-round snorkelling and diving, a reason it's referred to as the soft coral capital of the world.

Coral reefs have extensive coral gardens, deep canyons and walls with multi-hued fish, and many large swimmers such as turtles, sharks, and manta rays. The most appealing thing is that you don't need to be certified to dive to enjoy one of the best stunning reefs around the globe.

Imagine swimming over corals while covered in hundreds of anthias with dazzling neon orange and fuchsia colours. This is only possible in the Namena Marine Reserve waterways. It's between Fiji's main islands, Viti Levu and Vanua Levu, and was once at risk of destruction because of commercial fishing. However, the government declared it a protected zone in 1997.

Situated about 40 minutes from the base of Vanua Levu, you'll enjoy a magnificent view of the largest species, including reef sharks and schools of big-eyed trevally. It's an underwater play area for marine creatures, including dolphins and humpback whales.

The coral reef and reserve have over 1100 marine species of fish and 400 corals, making it one of the top snorkelling and scuba diving places in the Fiji Islands.

This lagoon, on the shores of the Pacific harbour, is a popular spot for shark dives featuring tiger sharks, bull sharks, and other species. A more relaxing and thrilling adventure awaits snorkelers who join snorkel trips through the lagoon.

With a visibility of over 100 feet, you'll observe chimney-like structures rising out of the ocean floor. Also, look for colourful clouds of tropical fish, giant sea clams, and clown triggerfish peeking out from their anemones.

Located in the Somosomo strait, between Fiji's second-largest and 3rd largest islands, Vanua Levu and Taveuni, Rainbow Reef is named after its rainbow colours beneath the surface.

The rainbow reef is a great place to start or finish your lifetime trip. The best time to visit rainbow reefs is between July and September, when the visibility is highest.

Bligh water is another popular snorkelling spot in Fiji. This water stretch is home to many dive spots with impressive pinnacles that rise at 3000 feet (914 metres) from the ocean.

It's been named the soft coral capital of the world. This is because of its vibrantly coloured pink, purple, and soft yellow coral. The powerful current flow across Fiji's main islands, Viti Levu and Vanua Levu, makes it an attractive spot for thousands of marine species that live in the channel.

Do you love snorkelling on the beach? Natadola, located on the main island of Viti Levu, is a public beach to get your snorkel mask and fins for an exciting experience. It's an hour's drive from Nadi International Airport. You'll see many colourful fish swimming in and out of coral crevasses from the shore. Schools of sizeable striped fish and vibrant parrot fish are frequent in this area.

However, the best time to dive or snorkel in Natadola bay resorts is early morning. During this time, the ocean is calm. In the afternoons, winds pick up and may ruin your snorkelling experience.

Love swimming with sharks? Fiji has one of the best places to explore, dive and snorkel with black and white tip reef sharks. Moya Reef, located on the shores of Yasawa Island, is the best place to snorkel with these majestic creatures.

For a great experience, starting at barefoot Kuata island, you can enjoy a stunning view of the sharks on a trip to Denarau Marina on Viti Levu. Seeing the white-tip and black-tip reef sharks gracefully move across the ocean will probably alter your view of sharks forever.

At 120 km of the coral garden reef, the Astrolabe Reef is one of the longest barrier reefs in the world. It is on the south of Kadavu island, south of the mainland.

While Kadavu island is remote, it's also a paradise for divers exploring unspoiled and vibrant marine life. This reef offers all kinds of pinnacles, drops, and passages to keep all sorts of divers interested. However, some places are reserved for experienced scuba divers only.

The water is afloat, and you can see the seagrass on the edge of the coral home to seahorses. This coral garden is home to every exotic fish species you could imagine and even occasionally eagles or manta rays.

Fiji is one of the locations where snorkelers can safely get in the water and enjoy a swim with mantas. It's an experience sure to leave you breathless. And no better place to go than the Mantaray Channel, previously known as Drawaqa island. Mantaray Channel is between Naviti island and Drawaqa island. From May to October yearly, it fills up with rich, nutritious planktons, which attract massive manta rays.

You'll have time to swim with these magnificent creatures for anyone living in Naviti resorts located on this part of Yasawa island. Mantaray also offers excellent snorkelling near the beach and various other dive sites, only a short boat trip from the beach.

Love visiting marine parks? The Waitabu marine park is on Taveuni's coral coast and is a protected marine reserve. Because of protection from the villagers, coral reefs have flourished, as well as an increase in the fish population.

It's one of the best snorkelling sites in Fiji. However, it's only accessible by snorkel trips run by the village.

Fiji is one of the best places if you love snorkeling all day. Ono Island, in the north-western part of Kadavu, is a volcanic island only for snorkelers. You don't need diving regulators and oxygen tanks as they're not allowed in this area. This is a great place to swim with mantas that come in from the ocean every morning to brush at the cleaning station on a shallow reef.

Mantas gracefully glide over on the coral until they reach an area where residents of the cleaner wrasses can look after them. The fish swim within the manta's mouth and around its gills, eating dead skin and parasites. They even scrub up shark bites and help bring mantas that have been wounded back to good health.

Navini Island might be the best place to get your first experience if you're a novice snorkeler. Located within the Mamanuca Islands, Navini Island boasts an exciting coral reef sanctuary near its shores.

As you swim slowly around the mana island resort, there are anemonefish, bluefins, grouper, bluefins, and, if lucky, turtles. In the deeper parts of the reef, you will also see some truly breath-taking coral species, like fan and brain coral.

This is another coral reef in the Mamanuca islands that is an excellent place for a diving adventure. It's easily accessible through day trips via boats from Nadi's Fiji golf, beach resorts, or other island resorts.

This is a magnificent spot, to begin with when you're just learning about diving. Malolo Barrier Reef has several excellent dive sites, such as Gotham City, with large coral heads dotted with moray eels. It also has the Supermarket, an island with hard corals and a favourite spot for grey reef shark sightings.

Yasawa Islands is filled with top-rated snorkelling spots. Another popular one is the Blue Lagoon. Many Fiji beach resorts in this area provide easy and enjoyable snorkelling from the ocean shores.

Blue lagoon waters are warm and calm, making swimming enjoyable. The most common species are butterflyfish, angelfish, lionfish, Green and Hawksbill turtles. Keep an eye out for different rays, octopi, squid, and other species.

Hate having to ride on a boat to access a snorkelling place? The split rock is another popular snorkelling joint in Fiji. It doesn't require you to use a boat as it's along the coastline in Savusavu on Vanua Levu.

It offers some of the most spectacular snorkelling in Fiji, where a large underwater rock with a split middle is home to too many colourful coral and fish. Be on the lookout for sergeant fish damsels, clams and squids, parrot fish, and much more.

Get The Best Out Of Your Fiji Holiday

Avoid scuba diving after your trip to Fiji. While it's okay, it might not be suitable for you. Avoiding diving after a trip minimises the risk of residual nitrogen in your blood which causes health complications.

You can start your holiday by speaking to a travel guide or cruise consultant to enjoy the Fiji coral coast. A day of snorkelling would be perfect.

Have you ever wondered where the best coral in Fiji is? Lets find out. 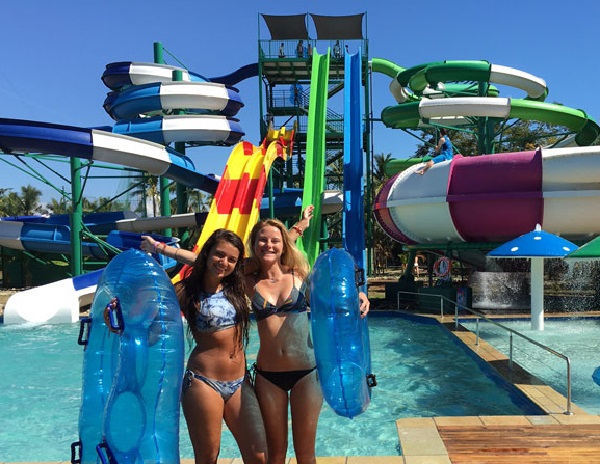 What To Do In And Around Port Denarau 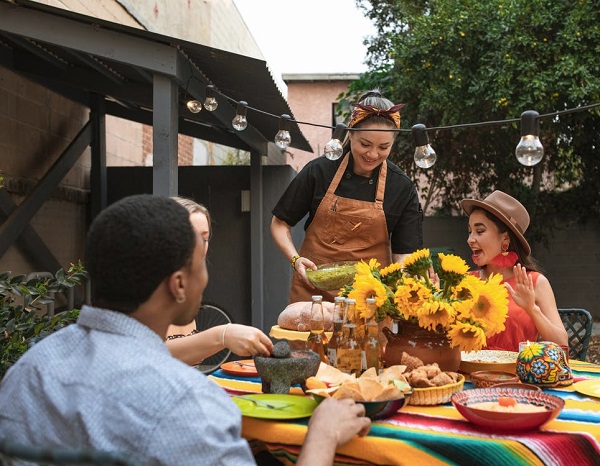 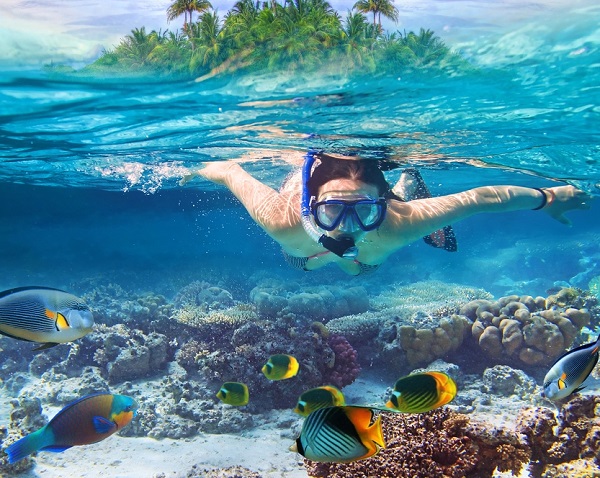 The Best Snorkelling Fiji Has To Offer