What Is Fiji Known For? 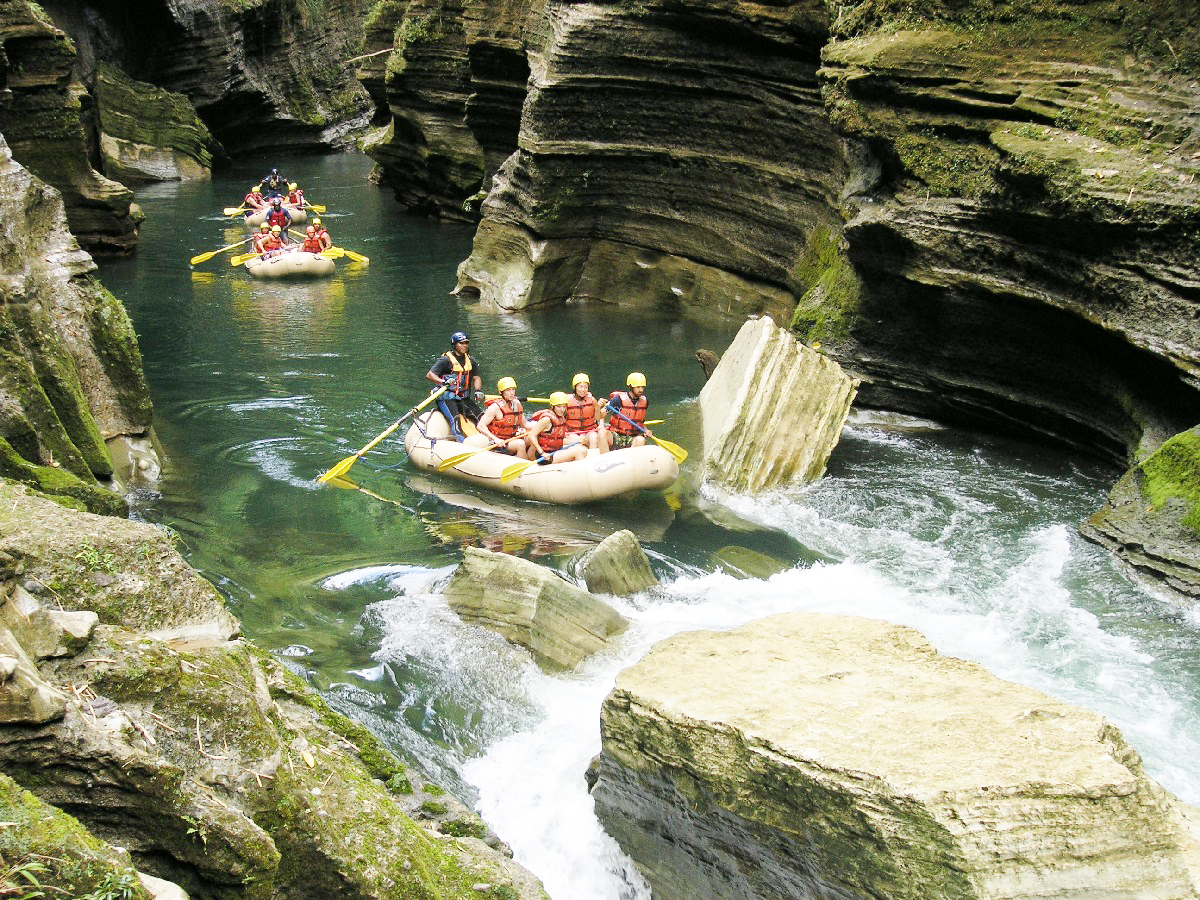 Fiji covers 7,056 square miles within the Pacific Ocean. Apart from being one of the most popular countries in those regions, it is also the quintessential paradise in the South Pacific. Its capital is Suva, one of the largest islands of Viti Levu. Its primary international gateway is Nadi lying close to one of the largest resorts on the Coral Coast and Denarau Island.

Fiji is popularly known for its attractive pacific islands, such as the larger Vanua Levu and Viti Levu islands. Moreover, the people of Fiji are among the warmest, friendliest, and most welcoming in the world. This is because the Fijian culture emphasises friendship in various aspects.

Fiji has over three hundred islands, with one such island being the Mamanuca Islands, where the world's top surf breaks are found. Another famous island is Yasawa Island, which has the mystical Sawa-i-Lau caves, where waves and winds sculpted these caves for thousands of years.

These caves give Fiji fame through the famous Brooke Shield movie known as The Blue Lagoon. Fiji is thus one of the top leading countries with several tourist attractions. Aside from all the features mentioned above, you'll also learn some of the facts that give Fiji a good reputation worldwide. Let's get right into it!

Fiji was once ruled by the British

The British government ruled over Fiji for a century from the beginning of 1874. The rule was furthered by signing the Deed of Concession by proficient Fijian Chiefs such as Chief Cakobau and Chief Ma'afu, among others. The influence of the British rule in Fiji is still felt, having remained evident in various aspects such as the national flag. Similarly, the British influence is prevalent in Fiji's parliamentary and legal systems.

Fiji is one of the select nations worldwide with three official languages. The constitution of Fiji stipulates that the official languages in Fiji are English, Fiji Hindi, and Fijian. Despite the departure of the Britons, the teaching of English has continued in Fiji to ensure that most people in Fiji can converse well in English.

The proficiency in English of most Fijian residents is one of the factors promoting tourism in Fiji since communication is not so difficult. Among these three official languages, the Fijian language is spoken the most. It also supersedes the two hundred dialects spoken in Fiji.

A large population of Indians

Fiji has a substantial Indian population. Most of the Indian population in Fiji is known to have their descent flowing from Bihar and Uttar Pradesh regions. As history indicates, the Indian lineage in Fiji traces back to 1813. The lineage is believed to begin with a single soldier.

However, as things stand now, it suffices to say that Indian descendants have succeeded in other sectors such as politics, sports, education, and health, to mention a few. Some notable Indian descendants include Joy Ali and Hafiz Khan.

Fiji is again one of the few states in the world that have a national drink. The national drink in Fiji is also a traditional drink known as Kava. The kava drink has various ingredients, with the primary ingredients being the ground roots of a particular plant belonging to the pepper family. The drink has endured the mercies of time due to its beliefs.

The Fijians believe that the Kava drink has medicinal qualities; thus, it is used for the treatment of headaches, stress, and insomnia. This drink is an essential aspect of the Fijian culture. In that regard, the drinking of Kava is always accompanied by elaborate cultural ceremonies. The Kava drink is also known as Yaqona in other regions.

Fiji is known for its consistent use of traditional methods of preparing various dishes. Fijian cuisine has attained a good reputation worldwide for its superb flavour and processes of preparation. The "lovo" pits are one of the most recognised traditional methods of dish preparation. This refers to a method whereby the traditional food is prepared in underground pits. The lovo pits are believed to be very efficient and thus have continued to be used all over Fiji.

The origin of walking on hot stones

Did you know that the practice of walking on hot stones started in Fiji? This is another one of the features that make Fiji famous. The Sawau tribe, who resided on Bega Island as long as five centuries ago, introduced the practice of firewalking.

Most states have football as the most important sport. However, in Fiji, rugby is the most essential sport held in high regard as a national sport. The British are known to have introduced the rugby sport during their rule in Fiji. The sport has been prevalent since then.

The sevens are the most popular type of rugby sport in Fiji. The Fijian rugby national team is one of the most successful rugby teams in the world, especially after winning the gold at the 2016 Summer Olympics.

Moreover, the Fijian rugby team was among the competitors in the Hong Kong Sevens with a track record of fifteen previous wins. The Fijian rugby team used to have a cultural dance performed before every game. The Bole war cry later replaced the dance known as the Cibi war dance.

The practice of cannibalism

Before the onset of Christianity, cannibalism was the most practiced religion in Fiji; hence it formed an essential aspect of Fiji's history. Research, especially that presented by the Fiji Museum, indicates that the cannibal practice in Fiji dates back to 2500 years ago.

Although there is no known solid reason why cannibalism was practiced in Fiji, various opinions have been brought forward, including those suggesting that it was practiced due to its ability to give individuals control over their enemies. Other ideas suggest that cannibalism was prevalent due to the belief that feeding on another's flesh enabled one to obtain their victim's knowledge.

Fiji is known as one of the best places to visit in the world as a tourist. Fiji prides itself in having one of the largest tourism industries, with this sector being one of the primary contributors to its economy. Research reveals that most tourists to Fiji come from Australia, New Zealand, and the United States, respectively. Fiji expects a rise of over $2.2 billion from tourism in the coming years.

The Pacific Harbour in Viti Levu is a self-proclaimed Adventure Capital of Fiji. It occupies less than 50 kilometres from Suva. It is known to have started as a residential canal development in the 1970s and grown to accommodate several resorts and vacation homes. The Pacific Harbour in Viti Levu is famous due to the Upper Navua River that facilitates surfing, 4WD (four-wheel drive) adventures, jet skiing, and ziplining.

Further, it contains the Beqa Lagoon, which has huge bull sharks and facilitates diving activities. Pacific Harbour is also one of the cultural places in Fiji. It has various popular art villages, cultural shows, souvenir stalls, and restaurants serving traditional Fiji dishes.

This is another one of the most toured places in Fiji. The Navua River flows from Viti Levu highlands for sixty-five kilometres to the south coast as it passes through beautiful scenery such as canyons, waterfalls, and rainforests. Tourists can ride in the Upper Navua River using whitewater rapids on an inflatable raft or paddle the kayaks floated on the bamboo raft (bilibili).

Along the Navua River is rich wildlife with native parrots, herons, and fruit bats. Similarly, the Navua River facilitates access to various cultural villages enabling tourists to participate in the kava ceremonies.

Fiji has the fourth largest barrier reef worldwide. The reef is known as the Great Astrolabe Reef. It is 100 kilometres long and located on Kadavu Island, which is among the largest islands in Fiji. This reef presents one of the fantastic tourist sites where divers can easily tour the underwater tunnels, pinnacles, caverns, kaleidoscopic corals (soft and hard), drop-offs, and tropical fish.

The Great Astrolabe Reef is also known to harbour several billfish species, giant trevally, mahi-mahi, and tuna, thus enabling the anglers to fish. The divers can access the reef through the use of boats paddling from the southern shores of Kadavu, where the currents are moderate and the visibility is clear, ranging from 10-40 metres. This place is also suitable for snorkelers who would love to swim with manta rays or simply tour the marine life.

This national park has made Fiji widely known due to its nature. The Sigatoka Sand Dunes National Park is located 60 kilometres from Nadi. It is the state's first national park. The sole aim of establishing the national park was to protect the coastal dunes found close to the mouth of the Sigatoka River.

The dunes are over thousands of years old and have varying heights ranging from 20-60 metres. You can have a stunning view of the surf from the highest peak of the dunes. The Sigatoka Sand Dunes National Park has a small visitor centre with information about the place's history and ecology and facilitates bird watching by the tourists.

The archaeological sites also have Lapita artefacts, one of the largest burial sites in the Pacific, and over two-thousand-year-old pottery. One can choose to walk for two hours along the ridgeline or for an hour walk to the beach through the forest to explore the Sigatoka Sand Dunes National Park.

Levuka is the capital of Ovalau. It was also the very first colonial capital of Fiji. It is in Levuka that the first Europeans to come to Fiji settled during the early 19th century. It still has historic wooden buildings. Currently, it is the only UNESCO World Heritage Site in Fiji, having achieved its World Heritage status in 2013.

However, Levuka is not among the most toured regions in Fiji these days. Thus, it has become the quaint window through to the old version of Fiji, with so many coconut and mango trees.

The Sri Siva Subramaniya Temple is the largest temple in the Southern Hemisphere. It is one of the most often visited tourist attraction sites in Nadi. The temple attracts tourists worldwide, especially the Hindus who come to see the attractive Dravidian architecture.

It is said that the temple is solely dedicated to the God Mungan, who is signified by the wooden statue found in the main temple and brought from India. Moreover, the natives say that the temple's painting and the colourful ceiling were done by artists who had travelled from India.

They also have a tranquil lily pond with frogs and tadpoles. You can access the gardens through the peaceful swings and hammocks. You could also use the boardwalks covering about twenty hectares of lawns and native forests. Close by to the Garden of the Sleeping Giant is the Mud Pool and the Sabeto Hot Springs, which have earned Fiji an equal share of fame.

The mud pool facilitates activities such as mud baths. Have you ever tried a strange but soothing and slimy mud bath? Fiji has one such pool where you can do that. Various mineral pools are also present where you can clean up after the mud bath.

Fiji Is Worth Visiting!

What's more, the people of Fiji are friendly and welcoming. The weather is favourable, and there are plenty of beautiful places to see. If you get the chance, consult with a travel agency or cruise liner to visit the country of Fiji!

The Fijian islands are known for many of its beautiful features. Lets take a look at some of the most popular tourist attractions 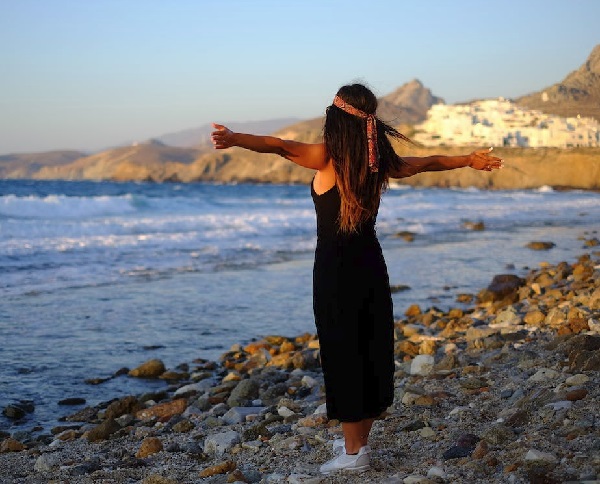 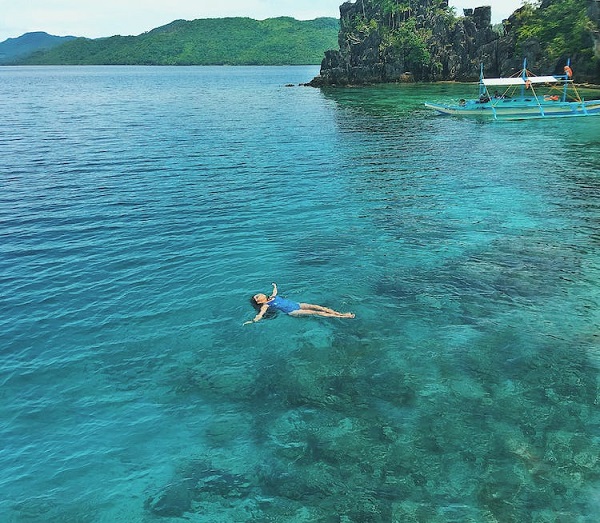 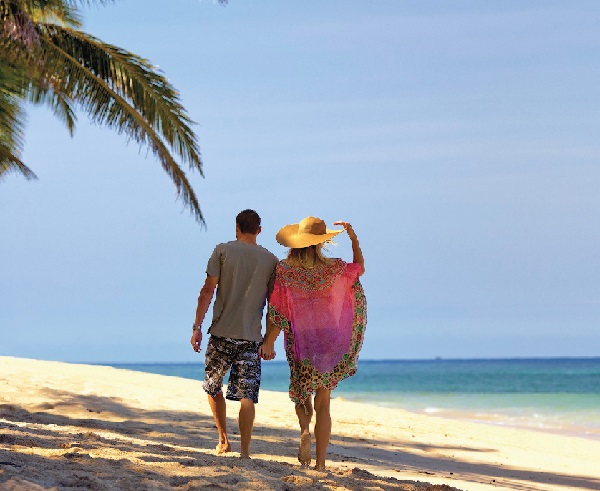